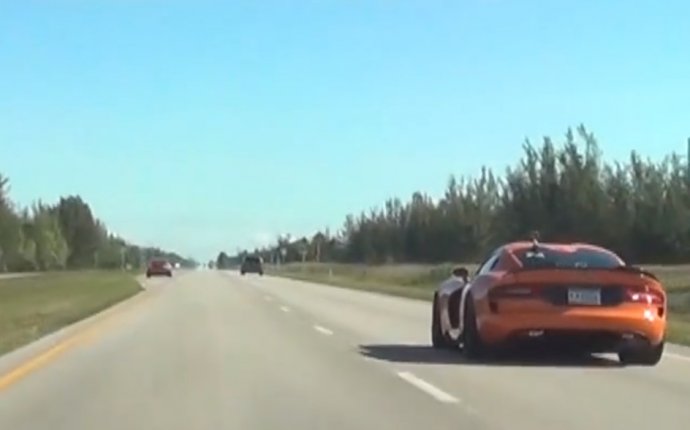 Like it or not, street racing has been a part of an underground American culture for decades. Right or wrong, people do it. They converge on late-night “hot spots.” Other times people randomly “catch a light” and run. As most of you know, street racing has gained a new audience with the Discovery Channel’s Street Outlaws. In the show, characters race in order to climb “the list” to become one of the fastest street racers in the state of Oklahoma.

Street Outlaws is filmed on closed roads, with permits and safety personnel. The show’s main character, Justin “Big Chief” Shearer, clearly admits there are dangers, but he’s willing to take the risk, reward and face any consequences (of course, there are none since they are on closed roads). He also states the racing is real, and you often see the struggles of budget racers through dramatic back-stories. The content is compelling—some would say refreshing—especially compared to cookie-cutter pro driver interviews that offer the predictable sponsor thank-you. Snooze!

The NHRA is not amused. Wally Parks founded the NHRA to get racing off the street. The sanction has been committed to safety for over 60 years. Seeing cars compete in street racing with NHRA competition numbers and NHRA stickers was too much for the sanctioning body to handle. In response, it sent letters to show participants who hold an NHRA competition license. The letter threatened to yank said license if they didn’t remove themselves from the show.

This scare tactic created a social media explosion. Many bashed the NHRA; others defended the stance against street racing. Let’s just say I wasn’t shocked by the lack of research done by those bashing. While some made valid points, the vast majority bashed with a mob mentality. Could the NHRA have gotten its point across more tactfully? Yes. But I respect its stance, just as I respect the stance of the participants on the show. People text and drive every day. I’d venture to guess there are far more deaths from this than street racing.

The sad consequences of illegal street racing was driven home February 26, 2015, in California, when 21-year old Henry Gevorgyan lost control of his modded Shelby GT500 while street racing, killing two bystanders. Gevorgyan fled the scene on foot but was later apprehended. According to news reports, he will be charged with hit and run, vehicular manslaughter, and possibly murder. I’m sure Gevorgyan simply went for a fun time with his Shelby—his reward was not so sweet.

By no means am I suggesting the TV show had anything to do with the incident. I’m pointing out the bone-chilling consequences of attending and participating in an illegal activity.

Hey, people get killed at race tracks, too. Racing is inherently dangerous. But sanctioning bodies like the NHRA have rules and regulations. Like them or not, the NHRA is good for your sport/hobby. Today, fans are well protected, cars are built to strict guidelines, and there are EMS and Fire officials at sanctioned events.

In the end, only you can decide how you will enjoy your car. We’ve all seen YouTube idiots driving like tools, wrecking their cars. When you run out of talent behind the wheel, it’s usually not pretty.

So be safe out there. Muscle Mustangs & Fast Fords has always promoted safety by creating classes like True Street, which is run at every NMRA and NMCA event. There are great prizes for all levels of performance, and that’s where we’d like to see you put it to the floor.