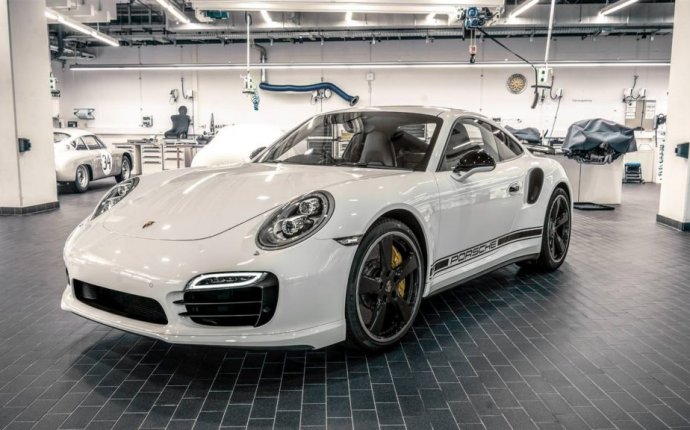 BMW puts the finishing touches on the 5 Series

We spend a lot of time covering big, exciting launches here at New Atlas, but there's more to the automotive world than glitzy concept cars and fire-breathing supercars. This year has seen plenty of production cars launched that, although not always staggeringly beautiful or scarily fast, represent huge steps forward – both for their manufacturers and the people who buy them. Read on for our pick of the best "regular" cars launched this year.

Hyundai has come a long way from its economy car roots. The new i30 represents a new level for the South Korean company, and should make benchmarks like VW and Mazda very nervous. Penned by ex-Audi designer Peter Schreyer, best known for his work on the first Audi TT, it debuts the styling direction which will underpin the next generation of Hyundai.

On the inside, a real focus was placed on using premium materials. It looks good in photos, and the inclusion of Apple CarPlay/Android Auto prove Hyundai isn't playing catchup in the technology stakes, but we'll reserve final judgement until we can have a proper poke around.

Under the skin, the new i30 chassis will serve as the base for the first ever N Performance car, set to go head-to-head with the Golf GTI and Peugeot 308 GTI. Hyundai has been building hype about its first foray into the performance car world for months now, and if the concept car launched in Paris is anything to go by, the faster i30 will be an absolute weapon. Expect pricing for the standard car to start around US, 000.

Since the E12 launched in 1972, the BMW 5 Series has remained the benchmark luxury saloon. Technology has advanced, fashions have changed, but BMW has always been one step ahead of the game. At least it always was. Even though it's only six years old, the current F50 5 Series has fallen behind the curve, lacking the super-smart semi-autonomous features available on the new Mercedes E-Class and Volvo V90.

In November, the world finally found out how BMW plans to regain its crown. It might look similar to its predecessor, but the seventh-generation 5 Series is a much smarter animal under the skin. The new chassis is longer and wider than before, but BMW has cut 100 kg (220 lb) from the curb weight. Shutters behind the kidney grille help keep the drag coefficient down to just 0.22, too, which will improve efficiency and keep the cabin quiet on the highway.

BMW still puts its reputation on building the Ultimate Driving Machine, but the 5 Series is all about self-driving tech. Not only will it keep pace with the car in front, it will follow lane markings up to 210 km/h (130 mph). If the driver wants to take control, a new chassis and adaptive suspension should help maintain the keen-driving feel that defines the current car. Pricing will start at US$60, 900.

Not content with a practical – but somewhat unappealing looking – Discovery 4, Land Rover used the Paris Motor Show to launch a sexier new take on the legendary four-wheel drive.

Although it looks prettier than before on the outside, Land Rover says the new Discovery sacrifices nothing in terms of practicality. It still has room for seven, and the seats are staggered in height to make sure everyone has a good view out. The third row should even be able to house adults, although you still wouldn't want to be stuck back there for too long.

Seats in the back two rows can be individually folded using a smartphone app, and there are enough USB ports to keep the kids charged up and happy on long road trips. There's room for a full-size iPad in the center console, and storage bins scattered around all the door pockets for snacks and oddments. We wouldn't go so far as saying the new Discovery makes practicality sexy, but it makes a seriously good fist of it. You'll pay upwards of $49, 990.

The LC500 was initially shown off as a concept, but the public liked it so much, Lexus decided to pull the trigger and put it into production. As you can see, there isn't much to set the production car apart from the concept on the outside. Say what you will about the angular look Lexus has adopted, but you could never accuse the design team of playing it safe.

Power comes from two wildly different powertrains. In keeping with the clean, green focus the brand has adopted, a hybrid will be offered alongside a free-revving V8. The hybrid is hooked up to a complex new gearbox, which adds a four-speed automatic gearbox to the CVT for a more direct feeling.

While there is a hybrid version, our attention is inevitably drawn to the V8, which is hooked up to a ten-speed automatic. Initial reviews suggest Lexus has hit the nail on the head, with a neat blend of ride comfort and outright performance to match the BMW 6 Series. Lexus is yet to announce pricing for the LC500, but expect it to start between $90, 000 and $100, 000.

Even though it isn't a brand new car, the Mk7.5 Golf goes further than your average midlife update. Inside, there's an overhauled infotainment system with gesture control and voice input, and the excellent Virtual Cockpit technology debuted in the Audi TT has completed its spread across the entire Volkswagen Group range.

The tech-heavy makeover extends to a range of semi-autonomous driver assist systems. A radar sensor hidden behind the Volkswagen badge means the new Golf can keep its lane and stay with stop-start traffic up to 60 km/h (37 mph) with no driver input. When the driver is in control, the car will sense if they fall asleep and, if a gentle nudge doesn't wake them, will gently pull the car to a stop in its lane.

In a world fast being overrun by luxury four-wheel drives, it was high time for a hero to step up and make the estate cool again. Thankfully, Volvo wasn't willing to let the staple of its brand, the practical wagon, die without a fight. Quite a bit slinkier than the classic Swedish boxes-on-wheels, it proves the V90 proves the wagon still has a pulse.

@Sara Renea 🏁: Being at the track always reminds me why i want to marry a race car driver 🤣❤️

@SnowFex @AC2017: 13) my childhood dream of being a professional race car driver stays with me, even though I'll probably never achieve it. :c