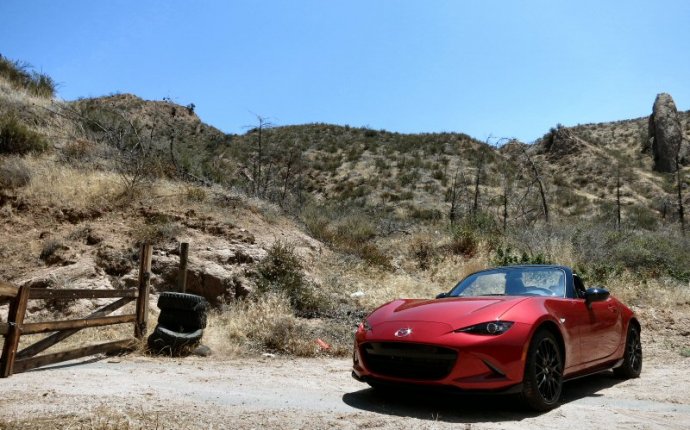 Credit Fiat's merger with Chrysler for the resurrection of the Fiat 124 for the 2017 model year more than three decades after the Spider was discontinued Italian carmaker Pininfarina.

Italian sports cars are no longer a luxury to be enjoyed by the business elite, glitterati and other 1-percenters. Fiat will be resurrect its famed roadster this summer and sell it a reasonable price.

With the base model available for less than $25, 000, the Fiat 124 Spider will be the everyman’s (sorta-) Italian sports car.

Well, if we’re being literal, the 2017 124 Spider, which is based heavily on the current generation MX-5 Miata, will be assembled in Mazda’s Hiroshima Plant in Japan, making the reborn roadster something of a spaghetti eastern.

Regardless of where it’s built, the exterior styling and the turbocharged 1.4-liter inline-four cylinder engine are both as Italian as grandma’s home cooking (not my grandma, per se, but you know what I mean).

In honor of this victory for the workingman, we’ve assembled a list of the top affordable sports cars on the new car market today. This list includes performance-oriented coupes and convertibles (sorry hot hatch fans) that are available with an manufacturer suggested retail price of $35, 000 or less.

Leading off our (alphabetically-ordered) list is an American muscle classic: the Chevrolet Camaro.

A reborn classic from the 1960s, the 2016 Camaro is a mix of old school muscle and modern styling. The sixth generation Camaro shares a platform with the Cadillac ATS and CTS that makes it stiffer, lighter, smaller and more aerodynamic that the previous generation.

Another classic reboot, the Dodge Challenger came roaring back on to the scene in 2008 with Dodge's signature HEMI engine under the hood.

Another reboot from the golden age of muscle cars, the Dodge Challenger was born in the 60s, temporarily discontinued, then brought back bigger and badder than ever around the turn of the 21st century. Featuring Dodge’s signature HEMI engine, the Challenger is a force to be reckoned with in the sports coupe world.

The Challenger comes in a variety of engine styles, ranging all the way up to the SRT Hellcat, which pumps out an astonishing 707 horsepower.

However, for this list, the way to go is the R/T Plus, which will get you a 5.7-liter, 375-horsepower HEMI along with 20-inch polished aluminum wheels, a body color rear spoiler and some other styling goodies all for , 995 (the regular R/T will get you the same engine in a slightly less fancy package for $31, 995).

The Mustang stands as the longest continuously produced sports car line in America, tracing its roots back to 1964. The coupe's long-hood, short rear-end layout would become the standard for sports cars such as the Chevrolet Camaro, Dodge Challenger and others that have not withstood the test of time.

This is the granddaddy of the modern sports coupe and the namesake for the successors of the muscle cars, which came to be known as the pony cars. The Mustang GT Fastback features a 5.0-liter V8 engine that can get up to 435 horsepower and 400 lb.-ft. of torque.

Inside you’ll find a leather-wrapped steering wheel and parking break, as well as cloth bucket seats or, for a little extra dough, manually adjustable sports seats. This hunk of modern muscle will cost you $32, 395.

With a nimble, performance-tuned suspension suited for the sharpest of turns and a powerful 3.8-liter V6 engine that can make 348-horsepower and 295 lb.-ft. of torque, this little coupe belongs in a class of its own.

Perhaps overshadowed by its luxury sedan brother, the Genesis Coupe is a surprisingly fun and capable sports car in its own right. For starters, it’s got a 3.8-liter V6 engine that can make 348 horsepower and 295 lb.-ft. of torque and hit a top speed of 149 mph; its finely tuned suspension allows it to hug even the sharpest curve and a dual cat-back exhaust produces a sweet, sporty purr.

There’s even enough room in the back for a pair of stubby-legged passengers or, with the rear seats folded down, 10 cubic-feet of cargo space, which is pretty damn good for a coupe. With a base MSRP of $26, 950, it ranks high on the bang-for-your-buck-o-meter.