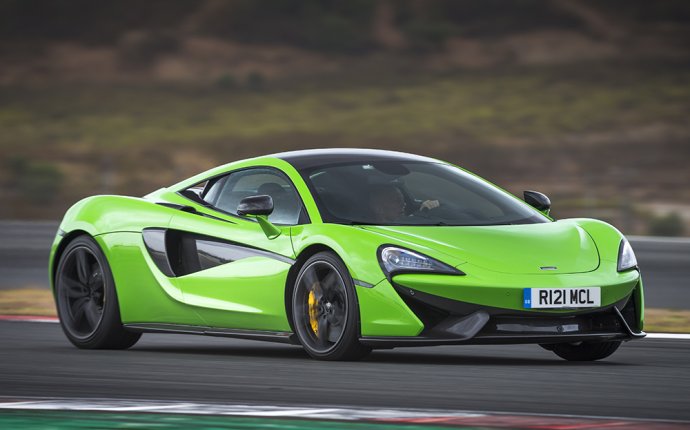 There’s more to the Audi TT than just sharp styling. That bold front grille conceals a range of turbocharged engines that offer impressive power, while the diesels boast low running costs. Driver involvement is better than ever, with precise steering and Audi’s Virtual Cockpit putting you in the centre of the action. Choose the ‘Ultra’ diesel model if you’re after ultimate economy, the 395bhp TT RS if you’ve deep pockets and want a junior supercar, or the punchy 2.0-litre turbocharged petrol engine for something in between. Adding Audi’s quattro four-wheel-drive system will give you an extra dose of reassuring grip for about £1, 500, while another popular option is the groundbreaking Virtual Cockpit. This replaces the dashboard dials with a 12.3-inch colour screen, which makes using the sat nav, for example, a far more enjoyable and modern experience. A stylish, high-quality interior allied with much improved ride quality make long journeys easy, too. This is the best TT ever – never has sports-coupe motoring looked so easy. Read more.

The legendary Porsche 911 has long featured in top 10 sports-car lists, but is in real danger of being upstaged by its talented baby brother – the 718 Cayman coupe. With its mid-engine layout and instantaneous responses, it practically begs you to take advantage of its fantastic engine. Porsche came in for a bit of stick when it replaced the old Boxster’s six-cylinder engine with the turbocharged four-cylinder offering of the 718 model. The truth is, Porsche purists may have a legitimate – if slight – gripe, but the rest of us can marvel at the fact the 718 Boxster is roughly as economical as a Vauxhall Insignia with a 1.8-litre petrol engine. Although it costs less than a 911, the 718 Cayman is still expensive, especially if you start ticking some of the long list of options, but it really is one of the very best driver’s cars you can buy. Read more.

Sitting at the head of the Audi range, the V10-engined R8 coupe is a showcase for the company’s cutting-edge technology. You can really sense that behind the wheel, with Audi’s Virtual Cockpit providing vital statistics to allow you make the best of a 532bhp engine shared with Lamborghini – and which offers a staggering 602bhp in the R8 Plus model. Offering more performance than most of us could ever hope to use, the R8 also has aerodynamically honed good looks that just add to the appeal. What’s really impressive is just how easy the R8 is to use: it encourages fast driving, sure, but the combination of standard four-wheel drive and the latest safety systems lead to a very reassuring experience, so the car’s power can be easily put down on the road. Excellent seats, pitch-perfect interior quality and one of the most evocative engine notes around seal what’s an incredibly attractive (if expensive) prospect. Read more. Price

The 2 Series offers all the hallmarks of traditional BMW driver appeal, distilled into a more compact and affordable package than the bigger 4 Series. A wide choice of engines offers any blend of economy and power you could want, with the formidable BMW M2 at the top of the range boasting 365bhp and suitably aggressive styling. It goes without saying that the M2 is a blast to drive, but even the less exotic models can put a broad smile on your face, while the 218d returns around 65mpg. It’s a direct rival to the Audi TT above, and both should be driven if you’re shopping at this price range. The BMW can count rear-wheel drive in its favour, although the TT’s interior has the 2 Series beaten when it comes to aesthetic swishness. If you want four-wheel drive, go for BMW’s xDrive setup, but be aware this can only be added to the 220d. Read more.

It took five decades for Mercedes to introduce a proper rival for the Porsche 911 and there was no questioning the potential of the AMG GT when it finally arrived. Its unmistakable profile conceals a 456 bhp 4.0-litre V8 engine under a long bonnet, while advanced chassis technology means every bit of that power can be used. For those with a taste for more, the 503bhp GT S version is Mercedes’ greatest road car yet. It’s not just a plaything, either – with its lavish interior and space for two, it begs to be taken on long, fast trips away to sunnier climes. Okay, so it’s expensive, with the cheapest version being a shade under £100, 000, but the AMG GT is both an object of desire for sports-car fans and a showcase for what Mercedes can do when it works closely with its AMG division. The AMG GT’s spectacular style is backed up by real substance. Read more. Price

The GT86 is a real enthusiast’s choice and one of the few modern cars that favours handling balance and driver involvement over brute power. It’s not slow – a reliable 197bhp 2.0-litre engine is more than enough, and the low driving position, traditional rear-wheel-drive layout and view down that long bonnet endear it to old-school sports car fans. While many carmakers are fitting hugely powerful engines to their sports cars, Toyota is to be praised for taking a different route with the GT86. Believe it or not, it comes with the same size tyres the carmaker fits to its oh-so-sensible Prius hybrid, but this only improves matters in the GT86: it makes the driving experience pin-sharp and bestows the car with just the right amount of grip. Things are rather less appealing inside, as the dashboard is uninspiring and features fairly run-of-the-mill materials, but that’ll be the last thing on your mind on a challenging country road. Read more. Price

The C-Class coupe offers all the elegance and quality you’d expect of a Mercedes. It’s a sports car with a small ‘s’, offering a decent amount of driver engagement when you want it to, but providing an effortless high-speed cruising experience when you don’t. Pick the Airmatic Agility package from the options list if you want to make most use of this split personality, as it allows you to configure the suspension to your precise requirements. The diesel models boast low running costs and can shrug off the longest motorway journeys with ease, while the range-topping AMG C63 S has muscular looks backed up by 503bhp and monstrous performance. All models enjoy a well-appointed and beautifully designed interior, together with plenty of power and engaging road manners, while reasonable four-seat practicality doesn’t rule it out as a family car, either. And there’s no forgetting the reassurance and prestige of that three-pointed star on the grille. Read more. Price