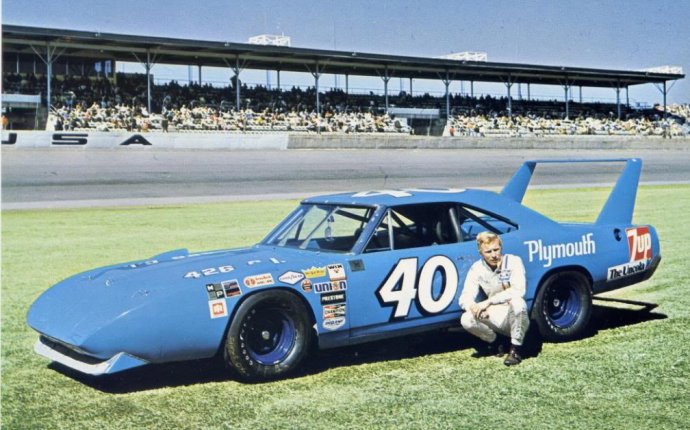 Fifteen years ago one of Nascar's rising stars was killed when the accelerator of his car got stuck and he crashed into a wall at a racetrack. Adam Petty was 19. His death led to new safety features being fitted in the sport's cars.

"He was just a kid, full of personality, full of life, always smiling, always joking, always with a big thing of bubble gum in his mouth, " says Kyle Petty, Adam's father. "He was always blowing bubbles."

Adam grew up in Level Cross, North Carolina where the family home stood out from the tobacco, dairy and chicken farms. Instead of livestock and tractors the Pettys' driveway was piled high with car parts.

"Everybody was a farmer, " says Kyle, "we just happened to farm cars."

Adam spent his childhood on American racetracks. During the summer he lived and breathed racing, touring the US with the family team, Petty Enterprises.

By the time he was seven months old his grandfather was lifting him up on to his shoulders to celebrate race wins and just days before his fourth birthday he was down in the victory lane at Daytona, celebrating his family's achievements with President Ronald Reagan.

"There was never really a conversation where Adam said, 'I want to be a race car driver.' It was more, 'Hey, I like what you're doing, I want to be a part of this in some way, can I have a go-kart?'" says Kyle. "Then one day you look over, and you're sitting in one car and he's sitting in a car beside you and you're racing."

Adam's passion for racing was no surprise. His family has been involved with Nascar since the early days.

His great-grandfather, Lee, was a driver in the sport's inaugural season in 1949, and became one its first superstars.

Grandfather, Richard Petty was known as "The King" of stock car racing, racking up a record-breaking 200 wins. Even people who have never watched a Nascar race may recognise his moniker - the character Strip "The King" Weathers in the film Cars is based on one of his old vehicles and Richard even lent his voice to the role.

Adam's father, Kyle, carried on the family's racing tradition and Adam followed in his footsteps. They became the first family in the sport's history to have four generations of race car driver.

Media playback is unsupported on your device

Crashing was a risk he was willing to take when it came to his own safety, but watching his son race was different.

"I wish he'd have played golf, " he says, "especially in hindsight."

He remembers watching one of his son's first races at the Talladega Superspeedway. "All of a sudden here's your son in a car and you're not there to protect him. I was a nervous wreck but at the same time you're so proud of what he's been able to do. Adam was a really good race car driver."

Then on 12 May 2000, during a practice lap at the New Hampshire Motor Speedway, Adam was killed when he crashed into a wall. He died instantly. Reports at the time said he was travelling at 210km/h (130mph).

Kyle heard about his son's accident from Nascar while he was on holiday with his daughter in London.

"The throttle stuck, " he says. "In simple terms, you mash the accelerator to go, and when you let off the accelerator, the car continues. As he got to turn three, the accelerator stuck and drove him into the outside wall. He died of massive head trauma.

"We lost a son and I don't think you can ever put into words what it's like to lose a child because it messes up life's order. We had a past with my grandfather and my father Richard, I was the present and Adam was the future, and suddenly our future was gone."

After Adam's death, Nascar introduced a new safety feature for all its cars - a red button on the steering wheel which completely shuts the vehicle down.

"The kill switch in the car is like the main breaker block in a house, " explains Kyle. "When you pull the main switch every light goes off. When you hit the kill switch all the power of the car just goes away."

The next nine months proved to be one of the deadliest periods in the sport's history with a further three drivers losing their lives on the racetrack.

"Nascar has always been slow to make safety changes, especially when compared to Formula 1 and other motorsports, " says Lewis Franck, a US motorsports writer.

Millions of dollars has been spent on improving safety since 2000 though, including mandatory head and neck supports, new seat belts and crash-absorbing walls around part of the tracks.

"Safety is retro-active not pro-active but Nascar now has a state-of-the-art safety research and development centre - not even F1 has that, " says Franck.

Kyle Petty continued to compete for several years after his son's death but driving at New Hampshire and passing the spot where Adam crashed, lap after lap, was tough.

Kyle believes that after Adam's death Nascar brought in the right changes and the safety innovations have helped improve the sport.

He has never blamed himself for introducing his son to racing. "This is what we do, this is how we live, " he says. "This was our life, you have to keep going."

The origins of Nascar