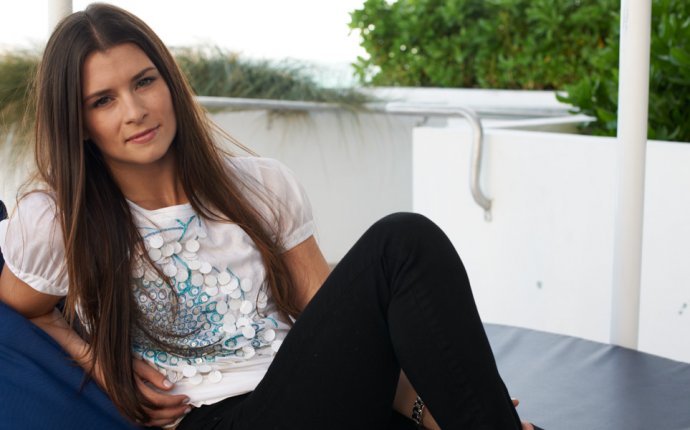 Danica Patrick was born on March 25, 1982, in Beloit, Wisconsin. She dropped out of high school to pursue a career as a race car driver, and in 2002 she signed with Rahal Letterman Racing. In 2005, Patrick became the first woman to hold the lead during the Indianapolis 500. Three years later, she was the first to record a win on the IndyCar circuit. After switching to stock cars, Patrick won the time trials at the 2013 Daytona 500, becoming the first woman to win the pole position at the famous NASCAR event.

Born Danica Sue Patrick on March 25, 1982, in Beloit, Wisconsin, Danica Patrick began racing go-karts with her sister at age 10, and dropped out of high school to advance her racing career in England. It was there that she finished second at the Formula Ford Festival, the highest-ever finish by either a woman or an American in the event.

In 2002, Patrick signed with Rahal Letterman Racing, then co-owned by former driver Bobby Rahal and talk show host David Letterman. During the next two years, Patrick achieved moderate success and was a consistent finisher on the podium, but never won a race.

In 2005, Patrick became the fourth woman to race in the Indianapolis 500. Her fourth-place finish was the highest ever for a female driver, besting the previous record of ninth set by Janet Guthrie in 1978. She led 19 laps of the race, becoming the first woman ever to lead the Indy 500. Later that year at Kansas Speedway, she won her first pole position to become the second woman to accomplish this feat in the IRL (Indy Racing League) IndyCar Series. Patrick was named Rookie of The Year at the 2005 IRL Championship.

Patrick's 2006 year began tragically when teammate Paul Dana was killed in a crash the morning of the Toyota Indy 300. Patrick had solid Top 10 finishes throughout her IRL campaign that year, coming in ninth place in the standings. Among many honors, she was named Female Athlete of the Year by the United States Sports Academy.

In 2008, Patrick made history when she became the first woman to win a IndyCar race. She made an impressive showing at the Indianapolis 500 the following year, coming in third in that event. Another signature accomplishment came in August 2010, when she set a record with her 29th consecutive race running at the finish.

Patrick began making the transition to stock car racing in 2010 and joined the NASCAR Xfinity Series. The following year, she scored a fourth-place finish at Las Vegas Motor Speedway, the best ever by a woman in a NASCAR national stock car series.

In 2013, during her first full season on the NASCAR Sprint Cup circuit, Patrick won the time trials at the Daytona 500. This victory made for another first—she became the first woman to win the pole position at the famous NASCAR event. "I was brought up to be the fastest driver, not the fastest girl, " Patrick said, according to the Indianapolis Motor Speedway website. "That's how I've always approached my racing career. I've been lucky enough to make history and be the first woman to do many things. We have a lot more history to make and we are excited to do it." She went on to place eighth in the "Great American Race, " and after competing in every event on the 2013 schedule, she finished second in the Rookie of the Year voting.

While looking for her first big Sprint Cup win, Patrick continued to deliver notable results. She notched a career-best sixth-place finish at Atlanta Motor Speedway in August 2014, and the following year she recorded her sixth Top 10 finish, the most of any woman in the history of Sprint Cup competition.

Her status as a female race car driver, combined with her youth and good looks, has netted Patrick numerous media opportunities. She's served as a host on Spike TV, been featured on the cover of Sports Illustrated, and has appeared in commercials and music videos. In 2006, she published her autobiography, Danica: Crossing the Line.

Patrick married physical therapist Paul Edward Hospenthal in 2005. In January 2013, she filed for divorce. According to Sporting News NASCAR, Patrick stated that "My marriage is irretrievably broken and there is no reasonable prospect of reconciliation" in her divorce paperwork. Around that time, she revealed she was dating fellow stock car driver Ricky Stenhouse Jr.