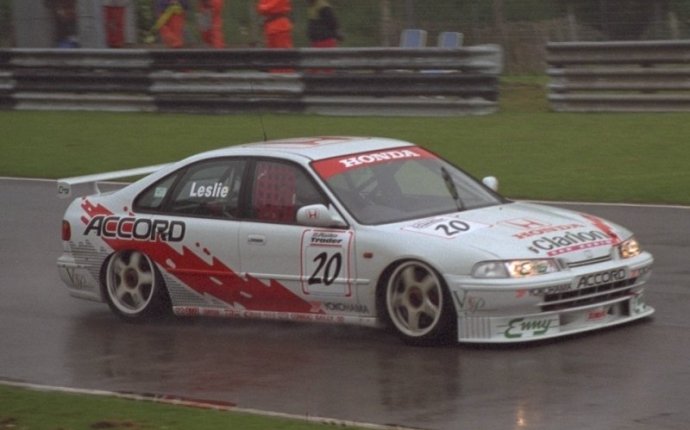 Some people might think of the Honda Accord as the ultimate in boring appliance transportation, but to me, the model has always been a little more than that.

This was especially true back in the ’90s when the Accord offered an unrivaled mix of quality, innovative engineering and a surprisingly fun chassis to play with.

And while there aren’t nearly as many modified examples out there as there are Civics and Integras, ’90s Accords can be damn cool when fixed up right. As evidence, I present this 1992 CB7 Accord Coupé owned by Ruben Calderon.

In addition to wearing a few subtle body upgrades, the Accord is sitting low and rolling on a set of Work VS-XX wheels measuring 17×8-inch all around. They’re the perfect size to fill the fenders without looking tacky or out of place.

Under the hood sits a JDM H22A VTEC engine – a hard-revving four that was never offered in a USDM Accord, but was quite potent in the Prelude of the same era. The transmission is an M2B4 5-speed with LSD.

And as you can see, the engine bay has an attention to detail that’s so commonplace in West Coast Honda builds.

The interior is equally clean, with upgraded bucket seats and a Momo steering wheel. Let’s not forget the right-hand drive conversion, either.

I don’t know if this model will ever be considered a ‘classic’ in the traditional sense, but there’s a lot to love about this almost 25-year-old machine.

The CB7 Accord is a car that represents Honda at its peak, and Ruben’s clean and classy example does a fantastic job of keeping that great 1990s spirit alive.

@Cecelia: if u think ur 97 Honda Accord is a damn race car & ur going 80 mph, swerving through these lands w/o a blinker ur an idiot & I h8 u