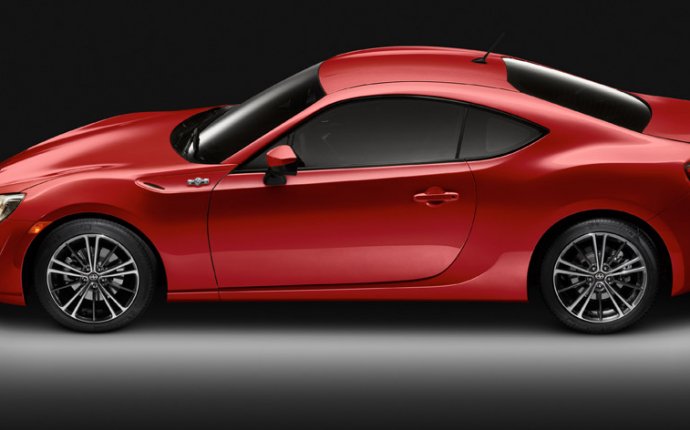 When you think of Toyota these days, the phrase "sports car" isn't necessarily the first thing that comes to mind. But back in the day, Toyota was actually dabbling in sports car technology a lot more than you'd think. Nobody would have mistaken them for Porsche or Ferrari, but it was more prevalent than today. At the behest of their CEO, Akio Toyoda, Toyota has been slowly but surely getting back into the sports car game, as evidenced by the outstanding Scion FR-S and some future cars in Toyota's pipeline. Here, we'll give you a brief history of Toyota's sports cars, as well as a quick look to the future.

The Sports 800, affectionately known as "Yota-Hachi", was Toyota's first production sports car, and was in production from 1965-1969. Only about 3, 131 of these vehicles was produced, and it never made its way over from Japan to the United States.

Mounting a 49 bhp two cylinder engine, the Sports 800 can reach a top speed of 97 mph and an 18.4 second quarter mile, all while getting 70mpg on open road driving! The Sports 800 was also on the forefront of sports car technology at the time, with its revolutionary Targa top (predating Porsche's version), lightweight aluminum and steel body composition, a horizontally opposed two-cylinder engine, and unbelievable fuel economy (especially for today!).

Like the Sports 800, the 2000GT was a limited production vehicle only sold and produced in Japan. Originally produced by Yamaha and manufactured between 1967 and 1970, the 2000GT really put Japan on the automotive world map, as it showed Japanese manufacturers could produce a sports car to rival the big guns from Europe. As the first "Japanese supercar", the 2000GT is a highly sought after collectible with only 351 regular production versions built, and sells at auction these days for as much as $375, 000!

The car feautures extremely clean lines and a smooth look, as well as the large plexiglass covered driving lamps that hint at its relation to its older brother, the Toyota Sports 800. At just 45.7in from the ground to the highest point of the roof, the 2000GT was extremely low to the ground and this really conveyed its sporty and athletic personality. 2 custom open-top models were built for the James Bond film, but these styles never made it to the production version.

Although probably not considered by everyone to be a true sports car, the Toyota Celica deserves a spot on this list since it did begin as a rear-wheel drive car that "emphasized styling and driving enjoyment" and was a significant player in Toyota's World Rally Championship titles back in the 1970s. The Celica has gone through tons of design changes, but the most significant was its shift from rear wheel drive to front wheel drive and the addition of a Camry engine in 1985. Although the most recent mode, l with its athletic styling and high-revving engine, brought back memories of the Celica's sporty origins, it eventually lost out to other low-priced sports cars like the Subaru WRX.

The name "MR-2" comes from the car being a mid-engined, rear-wheel-drive 2 seater sports car. Produced in various iterations from 1984-2007, the MR2 kept its legacy by being a small, high-revving sports car made for purist driving.

The third generation was known in the US as the Toyota MR2 Sypder, and was geared towards a younger crowd. Bearing a striking resemblance to the Porsche Boxster, this version of the MR2 sported a 1.8L straight-4 engine capable of putting out 138 hp and giong 0-62 mph in 6.8-8.7 seconds, depending on the transmission option. At just 2, 195 pounds, this MR2 was the lightest of all the generations. Unfortunately, in 2004, Toyota announced the end of MR2 and Celica sales due to tough competition and a lack of sales, with production ending in 2007.

The Supra is the most iconic of Toyota's line of sports cars, even having its very own logo until 1991. Initially based off the Toyota Celica, the Supra actually traces a lot of its design back to the 2000GT. The engine is an inline 6-cylinder engine, which was very similar to the 2000GT's.