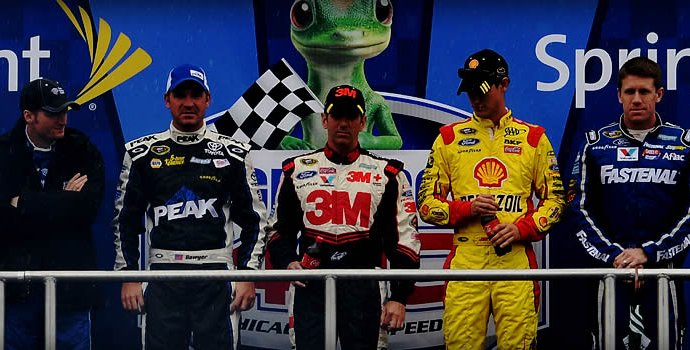 Regan Smith will continue his role as interim driver of the No. 43 Ford for Richard Petty Motorsports this week, according to team officials.

“I keep saying it, but I’m honored to drive the No. 43 Ford for Richard (Petty) and his team, ” Smith said in a team press release. “I think we learned a lot at Charlotte and work together well. I’m looking forward to this weekend. I really like Dover. My last win in NASCAR was at Dover, so I’m really looking forward to getting back there in the Monster Energy Series this weekend.”

Smith, 33, drove for the team in the Monster Energy Open and Coca-Cola 600 at Charlotte Motor Speedway following a back injury suffered by the team’s primary driver, Aric Almirola, at Kansas Speedway May 13.

Almirola suffered a compression fracture to his T5 vertebra when he was involved in a three-car crash with fellow drivers Joey Logano (Team Penske) and Danica Patrick (Stewart-Haas Racing). Neither Logano nor Patrick were injured.

A one-time winner in the Monster Energy Series, Smith finished fourth in the Open, a last-chance qualifying race for the series’ annual non-points All-Star Race on May 20. He qualified 25th for the Coca-Cola 600 and finished 22nd this past weekend.

Almirola said May 19 that doctors have told him he can expect to be sidelined from 8-12 weeks and that if there are no issues, he may resume his driving duties at that time.

RPM is a single-car organization, having eliminated one of its two teams following the conclusion of the 2016 season. Almirola, also 33, has one win in the series in 226 career starts.

Scott McDougall will again be atop the pit box for the No. 43 team as crew chief Drew Blickensderfer serves the third race of a three-race suspension.