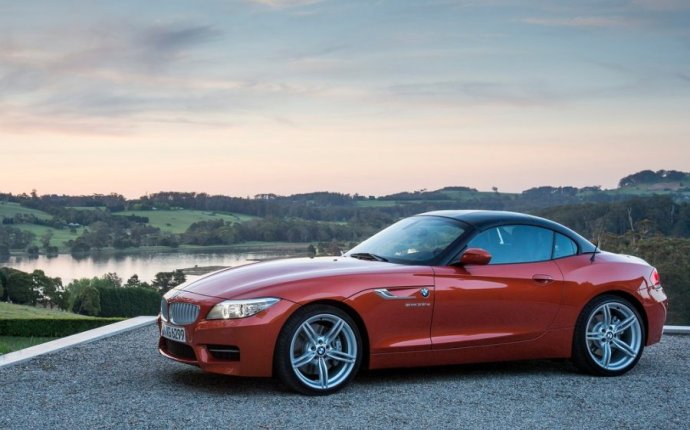 It used be that the phrase “best fuel-efficient sports cars” was an automotive oxymoron, as a focus on fuel-economy usually ruled out much in the way of traditional road-going performance. But with the current race to meet the next round of EPA requirements already underway, automakers have turned to turbocharging and other powertrain technologies to deliver the best of both worlds. In fact, every high-performance pick selected below blends both true sports-car capabilities and surprisingly impressive EPA grades, with every pick earning at least 30 mpg but one, and that entry enables 29 mpg with a standard 455 hp.

Oh, and for the curious, the production run for the Porsche 918 plug-in hybrid—offering 887 hp and up to 67 MPGe under electric power—has sold out.

Okay, some of the most fuel-efficient sports cars on our list today represent hi-po variants of more mundane forms of transportation, but that’s not so for the 2015 Alfa Romeo 4C. Drivers enjoy the real deal with the Alfa dog, from its Italian supercar-type styling to its matching approach to performance. Thanks to light-weight construction and an advanced 1.75-liter four-cylinder turbo, the 4C can fly from 0-60 in the mid 4-second range and reach a top cruising speed of 160 mph. At the same time, with that engine sending 237 hp and 258 lb.-ft. of torque through a six-speed dual-clutch automatic transmission, the EPA rates the 4C as capable of 24 mpg city/34 mpg highway/28 mpg combined.

A bit like a Bavarian Miata, the 2015 BMW Z4 is a dedicated roadster of the traditional type, and it also shares another notable characteristic with the all-new Mazda icon: It’s also one of the top fuel-efficient sports cars in the country. What helps the Z4 standout, however, are features like its sculpted sheet metal and stellar fuel-efficiency numbers. Indeed, in its “sDrive28i” configuration, the Z4 relies on a 2.0-liter, four-cylinder, TwinPower turbocharged engine for a tale of the tape that includes 240 hp, 260 lb.-ft. of torque, 0-60 acceleration of 5.4 seconds, a 130-mph top speed and fuel-economy marks of 22 mpg city/34 mpg highway/26 mpg combined.

The 2015 MINI {model}:coupe|@@ won’t be making the transition to the lineup’s next-gen architecture, so this year is the last call for one of the market’s most fun-to-drive fuel-efficient sports cars. Still, the current Coupe, especially in its John Cooper Works trim, remains a rewarding choice for enthusiastic owners. The JCW Coupe comes up big with the EPA, too, despite its performance credibility. Consider: Although the car can realize fuel-efficiency ratings of up to 26 mpg city/35 mpg highway/29 mpg combined, drivers also delight in a 1.6-liter turbocharged engine. It’s a fearsome four-cylinder unit that’s good for 208 hp and 192 lb.-ft. of torque, with up to 207 lb.-ft. available in short bursts thanks to an overboost function.

For many drivers looking for the best fuel-efficient sports cars means looking at hot hatches like the 2015 Volkswagen GTI. Building on the same sophisticated next-generation platform that underpins the rest of the award-winning Golf roster, the GTI dials up significantly more power but without sacrificing superior fuel economy. More to the point, the GTI can furnish fuel-efficiency grades of up to 25 mpg city/34 mpg highway/28 mpg, yet it also boasts a standard turbocharged engine that makes 210 hp and 258 lb.-ft. of torque, and the car can be further upgraded for even higher levels of performance. For example, VW offers both adaptive damping and a full performance package bringing bigger brakes, a torque-sensing limited-slip differential and revised engine tuning for an extra 10 hp.

The hotly anticipated 2016 Mazda Miata MX-5 has finally hit the street, and it’s already wowing reviewers with its sleek design, new infotainment and safety resources and, of course, nimble driving dynamics. But it’s worth pointing out that the same Skyactiv powertrain and chassis technologies that enable those zoomy dynamics additionally result in sky-high EPA scores. Thus, along with one of the industry’s most exciting open-air driving experiences, the next-gen Miata also can ring up fuel-economy ratings as high as 27 mpg city/36 mpg highway/30 mpg combined. And while that’s with the available six-speed automatic transmission, the standard DIY gearbox, also a six-speed unit, gets the exact same numbers in the city and for combined travel, but with 34 mpg in highway driving.

The 2016 Chevrolet Corvette is the outlier among our best fuel-efficient sports cars, topping out with of 17 mpg city/29 mpg highway/21 mpg combined with its standard seven-speed manual transmission. True, that performance is below the EPA-certified 24 mpg combined of the “average” new vehicle today, but the Corvette is hardly average in terms of performance. The Bowtie brand’s performance flagship, remember, returns those ratings with a standard 6.2-liter V8 engine that can supply 455 hp and 460 lb.-ft. of torque fresh from the factory—and benefit from an output bump of 5 hp and 5 lb.-ft. of torque with the car’s available performance exhaust system, which also reduces 0-60 acceleration to 3.8 seconds.