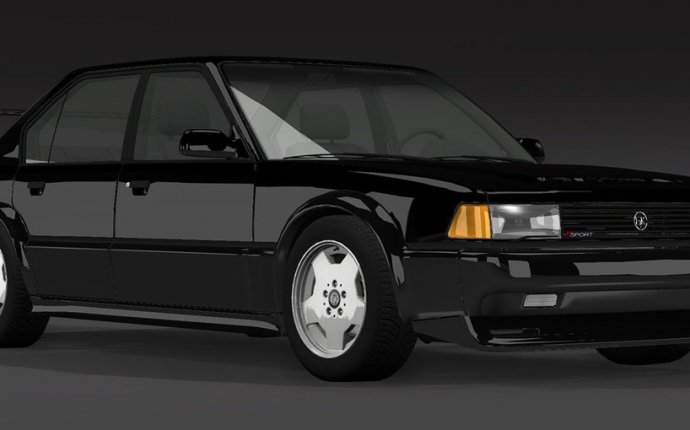 Morgan cars are instantly recognisable. See one on the road and there’s little doubting what it is or where it’s been built. The Malvern manufacturer has been creating cars since the 1950s, and it has retained much of its original building techniques. Because of this, the Roadster – which we’re driving here – still utilises wood in its chassis construction, and you’ll find rudimentary leaf spring suspension at the back. A hypercar it ain’t.

So, what have we got then? Powered by a 3.7-litre Ford-sourced V6 petrol engine, it produces 280bhp but weighs just 950kg dry, giving it a power-to-weight ratio of nearly 300bhp per tonne. That power is sent to the rear wheels via a six-speed manual gearbox and because there’s little in the way of sound deadening, you’ll get to enjoy that V6’s rasping note at almost all times.

You could hardly call the Roadster’s styling cutting-edge. Though updated, the Morgan’s looks have remained relatively unchanged since they were first imagined. You’ve got an almost unlimited choice of paint colours for the exterior, and you can choose between various exterior finishes and trim pieces too.

There’s a very traditional image associated with the Roadster. It’s a well-known sports car, and you’d be amazed at how many people smile when they see it – it’s an effect that few vehicles have on those they pass.

There’s no denying the sheer attention to detail that you’ll find in a Morgan. The same can be said of the Roadster, as everything is beautifully designed.

You’ll be unsurprised to hear that there’s not a huge amount of practicality to be found in the Morgan Roadster. As a two-seater, low-slung sports car it isn’t designed to match a family hatchback for space, but in truth it doesn’t do as badly as you’d think. There’s an area behind the seats large enough for two soft weekend bags, and its elasticated door pockets are large enough for sunglasses cases or mobile phones, and it provides usable spaces that make it just a little easier to get along with day to day.

The Morgan Roadster has all the old-school charm you’d expect from a hand-built car. It’s got a surprising amount of performance, and the sprint to 60mph takes just 5.3 seconds – more than enough to give the modern hot hatch driver something to think about. Shift from second into third at speed and it’ll even chirp its rear tyres.

The power-assisted steering lacks a lot of precision, and there’s not a huge amount of feedback, either. However, you can still get the Morgan sweeping through country road bends with little thought. The ride is firm, but it’s never overly sprung. Yes, if you hit a pothole it’ll send a large shockwave through to the cabin, but for the most part it’s comfortable enough. This is aided by the well-padded seats, too.

The Roadster is never a car you feel the need to thrash. It’s happiest when ambling along at a cruise, the rorty exhaust chattering away throughout the rev range. Unsurprisingly, the Roadster’s drive is as traditional as its looks.

The Morgan Roadster isn’t what you’d call the most extensively equipped car on the market today. Yes, you get heated seats and a radio, but that’s really about it. If you took its value for money based on this, then the Roadster would appear to be a car that makes little argument for itself.

However, from the moment you sit in the cabin it’s abundantly clear how much time and effort goes into the car. There’s a high-end smell to the leather, and the large wood and steel Moto Lita steering wheel feels expensive. Yes, there are foibles – our test car’s floor carpet refused to stay in place, and we did experience a fair amount of water ingress during a shower – but these are things you just accept as part of the Morgan’s character and it’s the reason why people are joining a year-long waiting list to get their hands on one.

People will either get the Morgan Roadster or shun it completely – but we’re firmly in the former camp. There are few cars on the road today that make you – or others for that matter – feel quite like the Roadster does, and it’s why it should be celebrated.

Who would buy one?

The Morgan Roadster is an ideal ‘Sunday’ car, although it really deserves to be driven far more often than this. It could be used as a daily driver, but this really would be pushing its capabilities to an extreme. However, with Morgan cars only gaining value once they leave the factory, it’s an ideal investment for someone looking to put their money into something special.