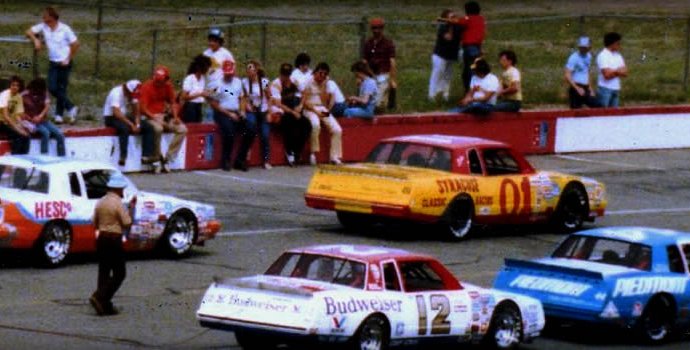 Today (October 9, 2014) I update this article because of Jules Bianchi terrible accident at the 2014 Japanese Grand Prix. Although Jules has not died of his injuries (he is in very serious condition with severe brain injury), like the injuries of many others drivers discussed here, his accident was avoidable and preventable. The mechanism of Jules injury is discussed below in the appropriate section: Deceleration Injuries.

Previous updates were prompted by the death of another young racer, Sean Edwards. Sean’s death, like that of Allan Simonsen 4 months prior, was predictable, avoidable and preventable. Sean died of a sudden deceleration injury just like Allen, Cause of Death number 4 below. It is imperative to understand that deaths due to sudden deceleration injuries are usually preventable with simple changes to track design to allow for a more gradual deceleration instead of a near instantaneous deceleration. A close look at the track design flaws that allowed for the death of Sean and Allen is included below in the section on Sudden Deceleration Injuries.

The death of race car driver Allan Simonsen in the early minutes of the 2013 24 Hours of Le Mans, and now the terrible tragedy of Sean Edwards (10/15/13) and the near catastrophe of Dario Franchitti’s crash at the Houston Grand Prix (10/6/13) has caused many fans and racers to question the safety of the sport, and to call into question whether the sanctioning bodies are doing enough to keep race car drivers safe. This article will take a close look at what happens to the human body that causes a racer’s death, and just how far race car safety has come.

In Section 4 (Sudden Deceleration Injuries) we will look at the death of Allen and Sean more closely and conclude that these were foreseeable and predictable crashes that resulted in deaths that were preventable and avoidable.

Blunt force trauma is the medical term for a blunt object hitting the body with minimal or no penetration of the skin (in contrast to penetrating injuries discussed below). Blunt force trauma can cause injury to many parts of the body, and most frequently this results in broken bones and various soft tissue injuries and not death. This was not always the case, however, as blunt force injuries were extremely common in all forms of racing prior to the implementation of seat belts. The universal use of seat belts, and the improvements in seat-belt design over the past 5 decades has saved the lives of countless racers. The seat belts keep the racers tightly attached to their racecars, preventing them from flying out of the car and hitting stationary objects. Blunt force trauma still is one of the most common causes of racer deaths, but since it requires that some stationary object hit the driver, deaths by blunt force trauma are far more common in open-cockpit racecars where parts of the driver are exposed.