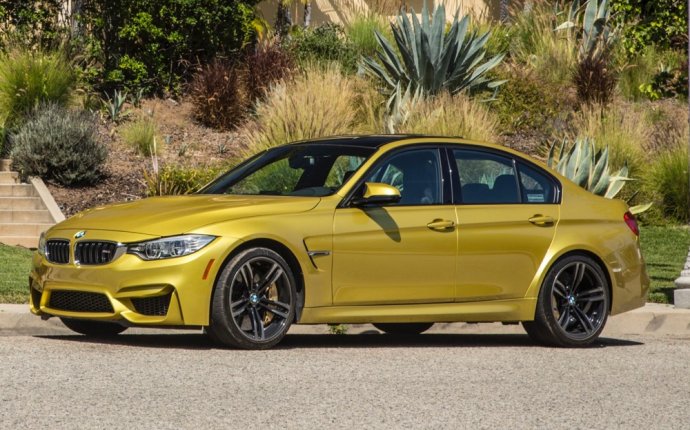 The 2015 BMW i8 hybrid sports car is a wild exercise in road car technology, combining a carbon fiber passenger cell and aluminum frame construction with a gasoline-electric hybrid system that comprises a turbocharged three-cylinder engine in the back and an electric motor up front. Zero-to-60 mph comes in 4.2 seconds and the i8 is EPA rated to drive up to 15 miles on electric-only juice with a combined range of 330 miles.

While it may be the ultimate toy for the environmentalist playboy, at some point reality sets in. You have to make a make a grocery run while your wife takes the kids to baseball practice in the Volvo XC90 plug-in hybrid.

Can the i8 do more than just make you look cool? Can it pinch-hit as a daily driver?

It looks like a speed bump would scrape off the i8's entire aerodynamic underbody paneling, but surprisingly, it doesn't. Without a front spoiler hanging down from the bumper like many hybrids and sports cars, there's not much for the i8 to scrape while approaching a speed bump. I encountered no fewer than six massive speed bumps on my commute home, and the i8 handled them with ease.

Scissor doors open upward like wings and are a defining characteristic of the i8. Made out of a carbon fiber frame and aluminum skin, they weigh about 50 percent less than a traditional door. The oohs and ahhs elicited from onlookers quickly turn to laughter as they watch your body contort into the car. There's no graceful way to do it, but I plopped my rear down on the wide carbon-fiber-reinforced plastic cell with legs facing outward and then slid into the seat while bringing my legs around. My wife and I spent a weekend in the car, and she said she could never wear a dress given the awkward ingress and egress. Tight parking spaces should be avoided at all costs for you (or your valet). It doesn't take much for the doors to get caught on a side mirror in their upward swing.

With only 4.7 cubic feet of cargo space, there's room for one medium-sized piece of luggage in the cargo area under the i8's rear hatch. BMW was kind enough to integrate a cargo cover, which is laughable given hardly any cargo fits. I fit seven bags of groceries in the trunk with one bag of spillover to the rear shelf. Anything placed on the shelf will impact what little rear visibility exists. The cargo area is deep but has a tall load-in height and requires a good amount of effort to lug a suitcase out of the back or reach down to grab that last grocery bag. The trunk also gets really hot since the engine is in the back; it's a good idea to keep frozen items in the passenger compartment. My luggage and clothes inside were warm to the touch after a two-hour drive. Good news though: You might be able to bake a frozen pizza in the trunk.

The i8 looks like it should be a ground-pounding exotic car with supercar handling and cavity-loosening ride quality. That couldn't be further from the truth. The i8's ride quality is docile in Comfort driving mode, and it's actually quite pleasant on longer drives. You don't have to be on white-knuckled pothole watch duty when driving through the city. After two hours in the car, however, I wanted lumbar adjustability in the seats for an aching back - the seats are only six-way powered - and also a lower seating position. Visibility isn't very good with thick A-pillar and only a sliver of glass in back plus those crazy doors with narrow windows. A huge variety of camera assists and parking sensors do a technologically masterful job of keeping the driver informed of the car's extremities while parking, however.

Whether at the coffee drive-through or paying a toll, reaching through the window for anything is an absolute pain since it doesn't roll down all the way. When you need that extra little length because the car is so wide, opening the door just increases the distance and difficulty. Those damn doors!

The look-at-me factor is probably one of the biggest selling points of the i8. Be prepared to add an extra 10 or 20 minutes to each errand because people will stop you with questions: What it is? How fast is it? How much does it cost? Hordes of onlookers will flock every single time the doors flip up.

Does the i8 Work As a Daily Driver?

No. There are clearly a number of hindrances that prevent the i8 from being a comfortable daily driver. That's not surprising given it's a sports car and makes many of the same compromises any sports car does. What made it more confusing was the i8 didn't have a resounding high-performance or hybrid/electric driving experience to make me want to deal with those annoyances.