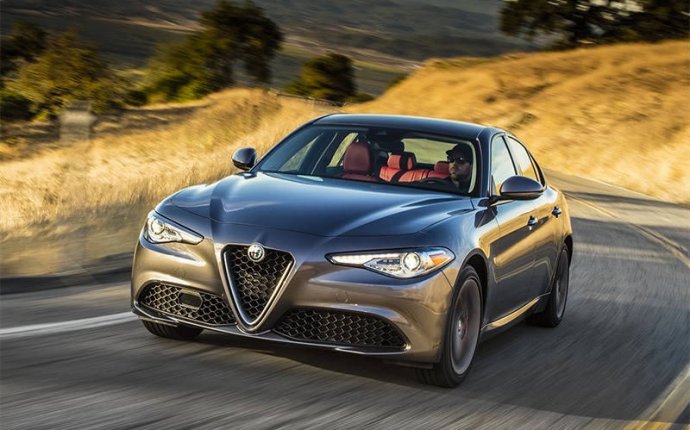 Like the Elise, the 4C Spider is a sports car obsessed with weight loss, an automotive anorexic. In a Puritanical fury, designers and engineers have removed every bit of fat with the goal of boosting performance and enhancing the feel of the primary controls. The result is a 2504-pound two-seater. Granted, the Alfa is 195 pounds heavier than the new Mazda MX-5 Miata, a car that costs much less and doesn’t have even a strand of carbon fiber in it. If you buy a 4C, we suggest deflecting all comments about the Miata’s weight by pointing out the 4C’s carbon-fiber tub. “Just like a LaFerrari, ” you’ll say. Stick to your talking points.

Sitting behind the carbon-fiber hot tub for two is a transversely mounted 1.7-liter turbocharged four-cylinder engine and a dual-clutch automatic. Acceleration is commensurate with the Alfa’s shrunken-exotic looks. A blast to 60 mph takes 4.2 seconds and the quarter-mile passes in 12.9 seconds at 107 mph. Without the dual-clutch doing its high-revving launch-control dance, the rolling 5-to-60 start adds a second. This is a joyfully quick car, as swift to 60 as a Ferrari F40. But in the stop-and-go traffic of the real world, the 4C Spider’s gearbox doesn’t engage the clutch very smoothly. Taking off from a stop is often a jerky process as the clutch is slow to engage. Once rolling, shifts snap off with the tug of a paddle, or you can let the gearbox shift for itself in Auto mode. There’s no manual transmission, which is surprising considering the interaction of driver and car is placed above all else.

Shout It Out Loud

Our test car arrived with the Sport exhaust, a $500 option that removes the muffler. That’s as stupid as it sounds—first, you’re paying for something that’s not there and, second, a muffler isn’t a bad thing. In fact, Alfa will soon offer an optional Akrapovič exhaust that we’ve yet to hear, but since it includes a muffler we have to assume it’s quieter than no muffler. With the Sport exhaust, the Alfa is seriously loud. Can you ignore unwanted noise like a deposed dictator holed up in a Swiss embassy? Good. You’ll need those skills.

Upshifts cause a loud fart-snort that sounds like a UPS truck with a head cold. Without a muffler, the Alfa’s four-cylinder drones and moans to the tune of 85 decibels at full throttle, the racket occasionally broken up by the whoosh and whine of the turbocharger. None of these noises are particularly pleasant and it only brings to light the rough, gritty nature of the 4C’s four-cylinder engine. Set the cruise control to 70 mph—it does have cruise control—and you’ll hear 79 decibels of harshness. Suffering through the tiresome din will make you want to fill your ears with cotton wadding; you’ll be begging for mercy, wishing for deafness. Sound insulation and a muffler would help. Bring earplugs for the transit stages of life.

In most driving, looking past these shortcomings isn’t easy. The 4C Spider is a sadist, but like the Elise, on an empty canyon road or out in the country with the easily folded fabric top tucked in the trunk, the abuse is forgotten. Unassisted steering sends through unfiltered messages from the road. The rich texture of the pavement, every seam, and every break in the road is broadcast to your palms. There is so much sensitivity that big breaks in the surface will jerk the flat-bottomed wheel alarmingly. Hang on tight. Steering this car requires strength, especially when the Alfa Romeo–spec Pirelli P Zeros are hammered to their 0.96-g limit.