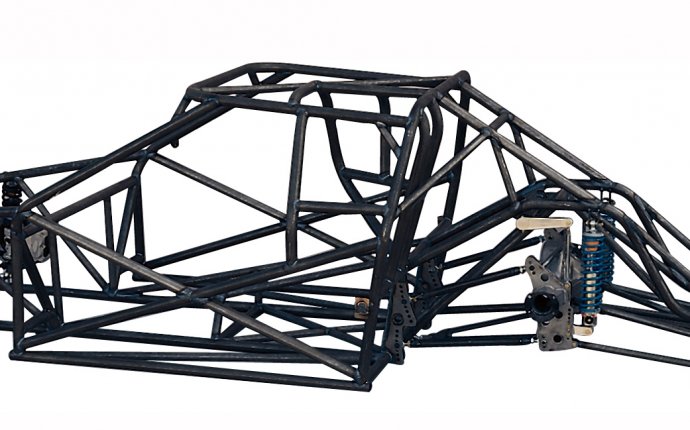 Getting more power from an engine is something all racers are familiar with. Getting that power to the ground, however, is a science that few racers really understand. For those of you just starting out in drag racing, we’ve put together a basic overview of how chassis and suspension systems are affected by sudden acceleration. The Chassis PeopleTM at Competition Engineering want you to understand the relationship between engine power and the chassis, suspension and driveline systems of your car. By doing so, you will be in a better position to select equipment that allows you to hook up and lower ET’s!

There’s a basic law of physics that states "for every action there is an equal and opposite reaction." Relating this principle to a game of billiards is relatively easy. But applying it to chassis and suspension systems on a drag race car is more complex. When trying to understand how chassis and suspension setups affect traction, keep the "action/reaction" concept in mind. It will make things much easier to understand.

While race cars are designed for racing, street cars are designed primarily for carrying passengers safely and comfortably. From the factory, passenger cars are not equipped to handle high rpm launches from a standing start. This instant release of power places great strain on stock suspension systems and usually results in unwanted wheel hop, tire spin and parts breakage. Controlling this unwanted reaction is the job of a traction device, which limits the rotation of the rear axle housing and transfers forces to the track surface.

For example, the installation of traction bars is a popular way of limiting rotation of the rear axle housing. Traction bars mount directly to each side of the axle housing and extend forward like long arms or levers. When the housing begins to rotate during initial launch, the traction bars stop this action, holding the housing in place and converting some of the applied torque to a force which pushes the rear tires into the track surface. By stabilizing the axle housing, wheel hop is virtually eliminated, acceleration is smoother and parts breakage is minimized.

When horsepower is suddenly delivered to the differential, whether from a clutch or a torque converter, the pinion attempts to "climb" the ring gear. This sudden shock of torque causes the entire rear axle housing to rotate backwards in a counter-clockwise direction. This causes the springs to distort, resulting in severe driveshaft/U-joint misalignment.

The axle housing is allowed to continue its rotation until it meets resistance from the suspension/springs, which then try to "snap" the housing back to its original position. As power continues to the differential, the housing is once again allowed to rotate back against the springs. This action/reaction of the suspension, commonly known as "wheel hop, " continues much like a tug-of-war. Instead of launching your car forward, you sit there bouncing around and spinning your wheels.

The bolt-on "Slapper Bar" is one of the most basic traction devices available. Originally pioneered by Bill "Grumpy" Jenkins in the mid-sixties, it gets its name from the way it works. One end of the Slapper Bar replaces the stock spring pad and is clamped to the rear axle housing. The front end of the bar is suspended just below the spring eye. When the housing begins to rotate during launch, the bar also rotates until it contacts or "slaps" the spring. (Unlike other brands, Competition Engineering Traction Bars make contact directly below the front spring eye, preventing spring damage). When contact occurs, the Slapper Bar becomes a lever trying to push the axle housing down and planting the tires in the process.

A revolutionary, patented, completely bolt-on traction device, the Slide-A-Link™, designed for both street and strip use is track tested and competition proven to outperform conventional “Slapper” bars. A solid mounted front plate is installed inside the original front spring pocket and clamps to the leaf spring to provide a positive displacement for the torque that is transmitted from the rear axle through the telescoping bar and special durometer shock pad. These forces, along with improved instant center geometry, provide better weight transfer for increased traction. Free travel and pre-load adjustments are made on the vehicle by adjusting the jack screw at the rear of the bar.

The Ladder Bar is a more sophisticated traction device because it serves as an extremely rigid, bridge-type truss that locates the rear axle housing directly to the chassis. With the axle housing held firmly in place, the torque applied to the differential is now transferred immediately through the Ladder Bars and into the chassis. By using the Ladder Bar to carry power to the chassis, the front end reacts by rising. As the front of the car travels upward, rapid weight transfer is created which "plants" the rear tires and propels the car forward.

Although Ladder Bars and 4-Links provide lift to the front end by transferring weight to the rear, too much lift detracts from the forward motion and reduces overall performance. Installation of Wheel-E-Bars™ helps to maintain the correct amount of lift and controls weight transfer to maximize traction.

How to become a Race Car engineer?