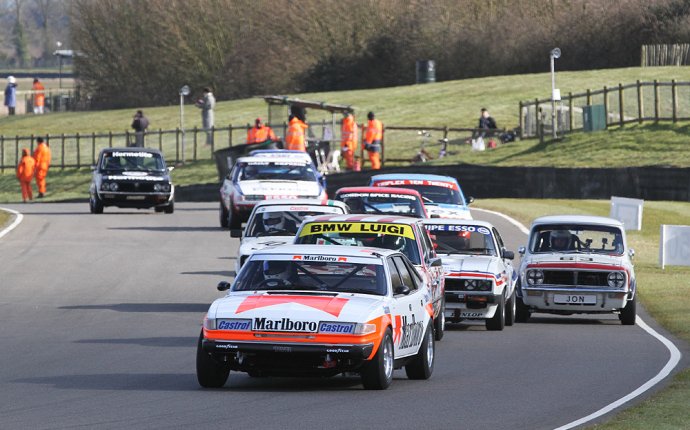 I’ve been to three Goodwood events so far, and one thing is for sure: Classic touring car racing is the loudest and most action packed form of motorsport I’ve ever seen. But see for yourself.

The 72nd Goodwood Members' Meeting was actually a brand new event, and there's nothing…

Chris Harris was at this year’s Members’ Meeting to race two cars: a 1965 Porsche 911 and a 1980 Rover 3500 SD1 prepared by JD Classics. The second part of the Gerry Marshall Trophy involves two drivers and 45 minutes of motor racing for Group 1 saloon cars of a type that raced between 1970 and 1982.

Body contact, flames, bent plastic bumpers and the widest variety of cars imaginable. But that Rover SD1 is special. After all, it’s using that legendary British V8 that powered so many of our favorite sports cars, and Rover is not around anymore to give us another big beast like that.

Here’s how you go through the whole pack with one sideways chasing a mighty Camaro:

Really cool indeed. Having said that, my personal favorite this year was the 1977 BMW 530i with its crazy UFO livery and open fuel cap.