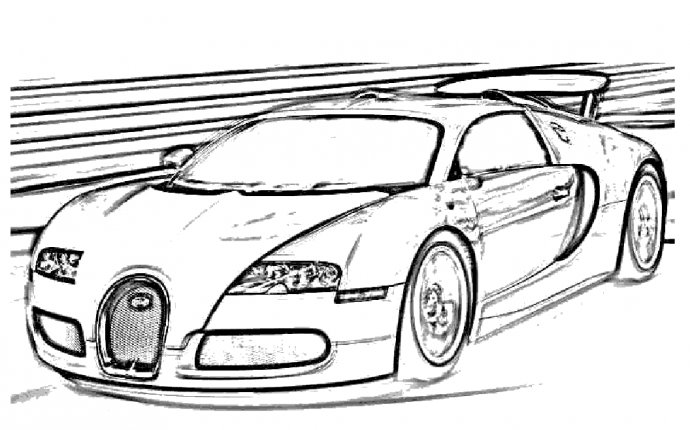 The Book: Ever Since I Was a Young Boy, I’ve Been Drawing Sports Cars

The teacher drones on about the Peloponnesian War: Athens, Sparta, the Aegean Sea. The second hand on the clock ticks by ever so slowly, like trying to drain a cold oil pan, each drip a eternity. Unconsciously my Bic pen begins circling in the header. Then another circle, and a ground line. And a long flowing hood line that kicks up just ahead and above the rear tire. The car roars to life!

Whether you can scarcely draw a stick figure or your last name is Gandini, I have yet to meet a Petrolista who has never attempted, at least once, to sketch their dream car. For most of us, these fantasies took hold while trapped indoors during a boring school lecture or on a rainy day. And for most people those dreams wither as they grow older. Ever Since I Was a Young Boy, I’ve Been Drawing Sports Cars is not about those people. It is about the lucky, hard-working few who are so obsessed with the idea of designing their dream car that they develop their craft with single-minded devotion.

Divided into sixteen chapters, each one detailing a contemporary sports car’s design process, in some ways this book is like a sequel to Waft’s Masters of Car Design. But rather than having the OEM’s design bosses tell their brands’ stories, this book focuses on the individual designers that worked on each project. And the cars included are amazing; along with eleven others, they include the Porsche 911 (991), Porsche 918, McLaren P1, Dodge Viper, and Alfa Romeo 4C. One featured car that is a bit puzzling is the Bentley Continental. While it is certainly beautiful and has presence to spare, I’d argue that it isn’t a traditional sports car.

Most chapters detail the project’s initial brief and goals and include copious sketches, studio shots, and photos. But the most interesting chapters are the ones that tell the story of cars that everyone is familiar with. When designing a new car, sports or otherwise, you have to mix the brand’s language into the form and keep it “on package”, but to a large degree there is a lot of flexibility. It is cars like the Chevrolet Corvette and Porsche 911 that pose the greatest challenge because everyone knows what these cars are supposed to look like. Remember the 996’s “fried-egg” headlamps? And that’s just a detail, not a proportion.

If I can find anything to nitpick, it’s that the book is too short! Obviously, no endeavor can be limitless; however, perhaps including a few more cars wouldn’t hurt? Ultimately, Lenaerts chose to focus on dream machines, appropriate given the fact that the topic is sports cars, all of which are useless fantasies if we’re objective. Still, it’s amazing to read and see what some of those obsessed boys created when unencumbered by the Peloponnesian War. Ever Since I Was a Young Boy, I’ve Been Drawing Sports Cars is a must-read for lovers of automotive design.